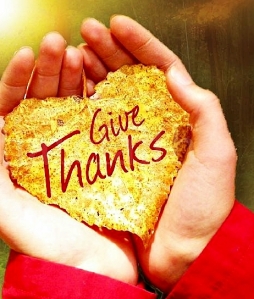 As 2011 rapidly comes to a close and with the Holidays fast approaching, you should stop to give thanks in every way. Take stock in what you have and don’t concern yourself or others with what you don’t have.

Having authored and published countless articles, composed and released countless songs (and albums including the world’s longest) to date, I have tried to impart in various formats just what life and what happens after is all about. If you keep in mind that greed is the root of all evils and actually understand the scope and meaning of that concept along with the term “Eternal” you are already on the correct path. If you don’t, I suggest you go back and listen to the music, and yes, even the songs that contain no lyrics or vocals share the same message.

Appreciation and the unconditional practice of being selfless is such an easy “one plus one equals two” concept to grasp. “Don’t pull horns off of unicorns” and “Don’t kick puppies” are some examples. I could go on and reference lyrical content and additional textual quotes, but I don’t want to take the fun out of it and hope that by figuring it out on your own will create a genuine and sincere knowledge of what “It” is all about. When you sit down to consume this Thanksgiving, realize all of the wonderful things there are and how cherished the precious gift of life is.