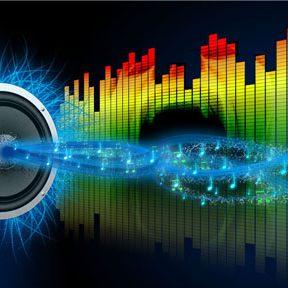 How to make a hit record free article will now be published here. Part 1 can be found HERE.

Making a hit record is a craft, a brutal mix of inspiration and refinement. Coherent automatic writing sessions are rarefied air and can be filed as miracles. Most successful works are forged by rewrite upon rewrite upon rewrite. The encouraging fact that is attached to how to make a hit record is that the free Blueprints for guaranteed success is everywhere. Radio and television broadcast is an audio research library of commercial and hit record songwriting. Find the on button and you have a wealth of the necessary information at your beck and call. In the music business, there is no such thing as blissful ignorance.

The question of whether hit record making talent can be taught used to be rich soil for debate. In the old days, good writers were not necessarily successful writers. Take the old Euro-dance song “I’m Too Sexy”….it would have caused anyone budding rich-and-famous-rock star-to-be to get thrown out of a beginning composer’s class, but surprise, surprise, it was an international mega-hit. I have seen (and worked on) projects with the likes of New Edition and New Kids On The Block where a 8 or 16 track “demo” became a mega-hit “master.” Debbie Gibson did most of her early stuff on an Akai 12 track in her bedroom. Want to earn a living writing music? Get a hit. It’s that simple.

Look at all the members of the Songwriters Hall of Fame who wrote as many dogs as hits. A hit record possesses conceptual foundations. These foundations transcend chord progressions, melody, and stylistic genres. They speak to a larger mystery: Why are masses of people seduced by a specific popular or “hit” work(s)? I have learned that identifying and employing these building blocks of “hit” consciousness will enhance the marketability and quality of any writer’s efforts.

Next up: Part 3
Lyrics, Titles and Researching.

Besides being something mobs of people buy, a hit record conveys a message (whether musically, lyrically, or both) that seduces a specific socio-economic group, or groups, for a set period of time. A list of countless names and projects that surround past or current hit records will yield an astounding result: lack of complication.

Breakthrough hit records mirror the society into which they were born. Modern writers can benefit immensely from assimilating the language, style, and personality of their society into their work. This requires being open-minded. If an artist is to interpret everyday life, he or she better have the expertise to back up their observations. This doesn’t mean becoming a homeless person in order to write about the homeless. However, it requires endless observation to visualize the fingertips of society. Read newspapers, go to the theater, check out art galleries, and frequent “hip” places.

Also, don’t deny an important microcosm of society: yourself. How you relate to happiness and heartbreak is invaluable material. Everyone has suffered a broken heart, lost a loved one, or pined for simpler times. By writing about these subjects, the writer not only comes to terms with personal traumas, but enriches the experience of those similarly affected.

The title of a hit record is extremely important. The first thing a publisher sees, and arguably, the first thing the public hears when the record is released to the masses. This is your headline, so make it interesting. The less clout you have, the more you have to wow them.

There are many hunting grounds for unique titles. Anthologies of films and other productions offer superb ideas, as well as ancient books haunting the dusty stacks of libraries. Read everything you can get your hands on and write down phrases that catch your eye. It helps to develop an ear for popular jargon and slang. Above all, read, read, read. Devour ad campaigns, novels, catalogs and even supermarket tabloids. Great ideas are everywhere.

The old truism about genteel people avoiding discussions of religion and politics should be enlarged to include lyrics. When in the role of record producer, it is easier to convince artists to rearrange entire songs than to get them to delete three words from a lyric. This is understandable. Lyrics are tremendously personal, and even inane lines can be sacred.

It’s amazing how many people don’t really think about what they are saying. Would you buy a book if the prose confused you? A hit record lyric should operate under the same rules as a newspaper. It should disseminate information with a concise, logical narrative. Say what you want to say with precision and, hopefully, wit.

Don’t tell them, show them. I don’t want to read that Ms. Rock Star smoked a cigarette, I want to know which brand, how she held it, and whether she sighed when she exhaled. Be visual. You’re bringing a song to life, so use descriptive words. Have you avoided cliches, or have you twisted a cliche to advantage, a common technique in country genre hit records. Does every word count? Is the narrative flow consistent? Tangents are deadly in short pop genres hit records.

Melody. Every songwriting class and instructional book stresses the importance of “hummable” melody lines. Hook them and they will stay. A memorable melody is your best offense toward conquering the summit of success. Remove any psychological effects imposed by the lyrics. A great lyric can make a melody “sound” better than it is. Play your melody on a piano or other instrument and record it. Listen back. Does it capture your interest? Be sure to look for superfluous notes or sloppy construction.

When you’re satisfied with the “naked” melody, edit the lyrics to match your rewrite and sing the record acapella. Do the words and music stand on their own? Be brutal. You should be able to walk around the block, singing your song to yourself, and have it knock you out. Don’t stop refining until you catch your spouse, boyfriend or girlfriend, roommates, relatives and friends humming the melody unconsciously.

Next up: Part 4: Study, Target, and the most important thing you need to know to attain the apex of success.

Any Publisher that is in the business of selling songs will tell you that they want commercial sounding songs. As with anything in life, there are exceptions to the rule. “Uncommercial” records can obviously be hits too, but the odds are more in the artist’s favor if they lean towards sounding commercial. Even if you can solo in all twelve major and minor keys, it’s moot. Publishers don’t care about instrumental chops or how cleverly you’ve de-constructed a genre. If you are an act (either solo artist or band) there’s some leeway for personal style. But don’t push it. Leave the artsy stuff to the days that follow your first hit record success as it’s better to focus on giving everyone a clear idea of your songwriting chops.

Study is key. Listen to radio, buy top ten singles or albums, and dissect their formulas. It’s SO EASY, yet few writers/musicians do it. Top 40 is the best genre to study since it’s the best of the best. The top 40 genre is comprised of ALL genres. Every genre has had a top 40 hit record. Movie themes have been hits. TV show themes have been hits. Jazz, classical, rock, reggae, rap, hip hop, instrumentals, metal……the list comprises all formats of songwriting. I have known composers who say they have a “guaranteed” hit, but could not name any of the top ten records that week. Listen to other hit records that you like and strive to write songs that sound better than what you hear.

If you network enough and keep your ears open, all kinds of useful information will fall in your lap. You may choose to “target” an audience, but target writing is tricky. First, the song has to be better than anything the artist can generate. You have to convince the target audience that your song is the hit that they’d die for. Some writers go as far as copying another artist’s style and voice. “Sound-alike” vocalists are legion. However, getting into the ball-park is important. Most successful writers spend years developing a style. If you want to sell a song, it makes sense to pay homage to the artist’s individuality.

It’s always difficult to mix art with commerce. Starting out, I resisted it for years. The funny thing is, once I committed myself to working within a hit record format, it didn’t feel like “selling out” Writing a hit record doesn’t mean bowing down to the altar of pap. Lady Gaga makes hit records the same way Elvis did. It’s up to you to chart your creative course, and you can be as inane, or as transcendent, as your talent allows.

However, writing for revenue requires discipline. Those who already have a hit record are slaves to constant editing, research and observation. The work ethic is a far cry from the “sex, drugs, and rock ‘n’ roll” credo, but it’s no different than any other worthwhile artistic discipline. (Ballet dancers take daily classes, painters study form, and so on.) A hit record doesn’t have to be an albatross of limitations. In addition to silly love songs, I’ve written songs about food (Potato Salad And Shrimp), famous “tag-line” ads (Kool), and the list goes on.

There are other factors that are part of the hit record equation that don’t even involve music itself. Concept albums such as Dark Side Of The Moon opens up a whole subject in and of itself. Of course, the music is the most important thing and needs to stand on it’s own, but there are other factors none the less. My World Record is not just an album, but is a feat in and of itself by virtue of being the longest album ever released (almost 9 hours and 105 songs!.) Album or song artwork also factors in. And yes, even the track list and order do too. It has been a closely kept secret (until now) that a portion of the track list for World Record is actually a marriage proposal. Even the Valentine’s Day release date was a calculated decision as was having the Earth shaped as a heart. The album title was chosen since it is a record for EVERYONE (the world) and there is enough material on it to guarantee it will please anyone, aside from setting a World Record as the longest and largest album.

If you are interested in having a hit record, you have your entire life to do so. There have been and will continue to be hit records made by people who put on their pants each day the same way you or I do. If someone put a gun to your head and said “I will give you a year to make a timeless masterpiece, or I will shoot you if you don’t” I guarantee you that by the end of the year, you will have a hit record.

1 Response to How To Make A Hit Record